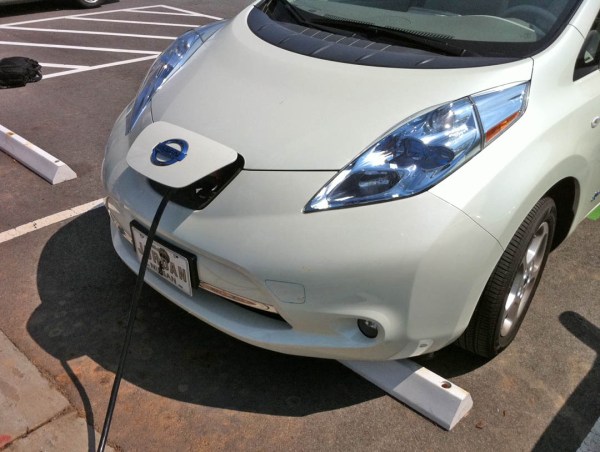 It is not as alternative as people think.

Transesterification of a vegetable oil was conducted as early as 1853 by scientists E. Duffy and J. Patrick, many years before the first diesel engine became functional. Rudolf Diesel's prime model, a single 10 ft (3 m) iron cylinder with a flywheel at its base, ran on its own power for the first time in Augsburg, Germany, on August 10, 1893. In remembrance of this event, August 10 has been declared "International Biodiesel Day". Diesel later demonstrated his engine and received the Grand Prix (highest prize) at the World Fair in Paris, France in 1900.

This engine stood as an example of Diesel's vision because it was powered by peanut oil — a biofuel, though not biodiesel, since it was not transesterified. He believed that the utilization of biomass fuel was the real future of his engine. In a 1912 speech Diesel said, "the use of vegetable oils for engine fuels may seem insignificant today but such oils may become, in the course of time, as important as petroleum and the coal-tar products of the present time.".[10]

Biomass fuel has a long history, as seen here..

Humans have used biomass fuels for heating and cooking since the discovery of fire. Following the discovery of electricity, it became possible to use biofuels to generate electrical power as well. However, the discovery and use of fossil fuels: coal, gas and oil, have dramatically reduced the amount of biomass fuel used in the developed world for transport, heat and power.

Liquid biofuels have been used since the early days of the car industry. Nikolaus August Otto, the German inventor of the internal combustion engine, conceived his invention to run on ethanol. Rudolf Diesel, the German inventor of the Diesel engine, designed it to run on peanut oil. Henry Ford originally designed the Ford Model T, a car produced from 1903 to 1926, to run completely on ethanol. However, when crude oil became cheaply available (thanks to oil reserves discovered in Pennsylvania and Texas), cars began using fuels derived from mineral oil: petroleum or diesel.

Nevertheless, before World War II, biofuels were seen as providing an alternative to imported oil. Germany powered its vehicles using a blend of gasoline with alcohol fermented from potatoes, called Reichskraftsprit. In Britain, grain alcohol was blended with petrol by the Distillers Company Limited under the name Discol and marketed through Esso's affiliate Cleveland.

After the war, cheap Middle Eastern oil lessened interest in biofuels. But the oil shocks of 1973 and 1979 increased interest from governments and academics. The counter-shock of 1996 again reduced oil prices and interest.

In the United States, all cars manufactured since 1988 are required to be compatible with fuels containing at least 20% ethanol E20 fuel, and with minor modifications these cars can use 85% ethanol blended with petroleum E85 fuel. Since around 2000 renewed interest in biofuels has been seen. The drivers for biofuel use and development include rising oil prices, concerns over the potential oil peak, greenhouse gas emissions (global warming), rural development interests, and instability in the Middle East. The US president George W. Bush said in his 2006 State of the Union speech that the US should replace 75% of imported oil with biofuel by 2025.

And then there is:

As of 2000, the United States was producing in excess of 11 billion liters of waste vegetable oil annually, mainly from industrial deep fryers in potato processing plants, snack food factories and fast food restaurants. If all those 11 billion liters could be collected and used to replace the energetically equivalent amount of petroleum (a rather utopian case), almost 1% of US oil consumption could be offset.[5] However, use of waste vegetable oil as a fuel competes with some already established uses.

Pure plant oil (PPO) (or Straight Vegetable Oil (SVO)), in contrast to waste vegetable oil, is not a byproduct of other industries, and thus its prospects for use as fuel are not limited by the capacities of other industries. Production of vegetable oils for use as fuels is theoretically limited only by the agricultural capacity of a given economy.

The UK exported 280 000 tonnes of rapeseed in 2005. If the UK used just its set aside land it could reach its 5% biofuel target without the need for exotic and environmentally damaging oil crop imports.

Still uncertain on that;

Then comes the taxation of all this World Saving Fuel; (sigh)

The conversion of an automobile engine to burn vegetable oil is not legal under US Environmental Protection Agency guidelines.[6] The EPA has not fined anyone for doing so, but certain laws may have to change — or a certification process may need to be established — before VO conversions become more popular in the US.

Taxation on SVO/PPO as a road fuel varies from country to country, and it is possible the revenue departments in many countries are even unaware of its use, or feel it insufficiently significant to legislate. Germany offers 0% taxation, resulting in their leading on most developments of the fuel use. However SVO/PPO as a road fuel will be taxed with 0,09 €/liter on January, the 1st of 2008 in Germany. From thereon it will rise up to 0,45 €/liter until 2012.

There seems to be no clear taxation system in the USA, however given the low rate of fuel taxation, it is unlikely to face anything unfavorable, although charges could vary from state to state. Production of biodiesel in some US regions may require motor fuel taxes to be paid, which are typically used to fund road construction costs.[7]

The Government of Canada exempted biodiesel from the federal excise tax on diesel in the March 2003 budget. In Ireland a pilot scheme is currently running (as of April 2006) whereby eight suppliers have been approved to sell SVO/PPO for use as a fuel without the payment of excise duty (Value Added Tax at 21% still applies, SVO from any other source still attracts excise duty at 36.8058 Euro cents per litre plus 21% VAT). Despite its use being common in France, it would appear there has been no legislation to cover this.

In the UK, it is legal once duty on the fuel is paid.[8] In the UK, drivers using SVO/PPO have been prosecuted for failure to pay duty to Her Majesty's Revenue and Customs. The rate of taxation on SVO was originally set at a reduced rate of 27.1p per litre, but in late 2005, HMRC started to enforce the full diesel excise rate of 47.1p per litre.

The tax break has been reconfirmed by HMRC in a recent late 2006 review.[9] HM Revenue & Customs has announced changes regarding the administration and collection of excise duty of biofuels and other fuel substitutes (Veg Oil). The changes which come into effect on June 30, 2007 mean that there is no need to register (enter premises) or pay duty on veg oil used as road fuel if you use less than 2500 litres per year.[10]

HMRC argued that SVOs/PPOs on the market from small producers did not meet the official definition of "biodiesel" in Section 2AA of The Hydrocarbon Oil Duties Act 1979 (HODA), and consequently was merely a "fuel substitute" chargeable at the normal diesel rate. Such a policy seemed to contradict the UK Government's commitments to the Kyoto Protocol and to many EU directives and had many consequences, including an attempt to make the increase retroactive, with one organization being presented with a £16,000 back tax bill. This change in the rate of excise duty has effectively removed any commercial incentive to use SVO/PPO, regardless of its desirability on environmental grounds; unless waste vegetable oil can be obtained free of charge, the combined price of SVO/PPO and taxation for its use usually exceeds the price of mineral diesel. HMRC's interpretation is being widely challenged by the SVO/PPO industry and the UK pure Plant Oil Association (UKPPOA) has been formed to represent the interests of people using vegetable oil as fuel and to lobby parliament.[11]

Animal fat or grease can be used also, and has been.

The BS, methane, can and has been used a fuel and power source. 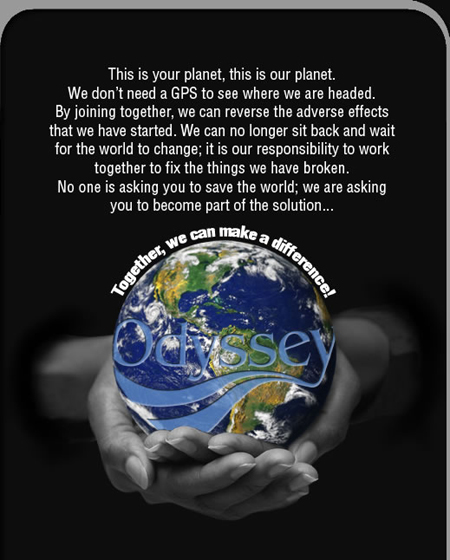 The different types of fuel that is used is 1)compressed air 2)electric energy 3) vegetative oil. Of course they are not as fast as those which use petrol but they can rich 120 kilometers per hour.Also they are more cheaper than the usual cars forr example for the electric car you need to charged it fo 7 hours which means 3-5 euros for the cars with compressed air you need only 2 euros to fill them. There aren't man car industries that produce those cars and if you want them you have to order them abroad. It is very hard to convert your car to air compressed or eclectic because they have special safety demands. As Far as for the vegetative oil there are small conversions that you have to do to make your car work with vegetative oil. sorry for my English 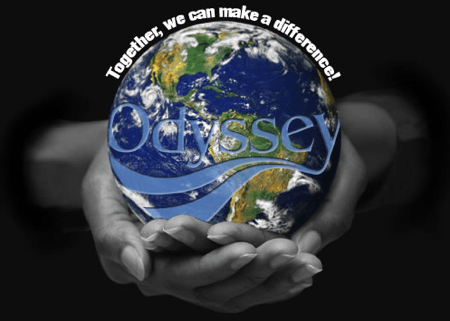 For almost every conceivable alternative to fossil fuels, even some that may not work, you can go through the index here: There are even articles on fossil fuels.

My favorite alternative to make electricity is the solar chimney. It is essentially a solar concentrator that makes its own wind. Because it naturally stores heat it works day and night. A pilot plant was economical from the day it was built.2 The main expense is the chimney and this can be floated (3) or made using a vortex (4.)

Given cheap environmentally sound electricity in our grids it then becomes the "fuel" of choice for our transportation in electric vehicles. These can be many different types from the commonly discussed Battery Electric Vehicles. The best option would be the Online Electric Vehicle (OLEV) also known as "electrified roadways." The electric platform has proven performance and environmental credentials. Induction pickups would make it safe and overall the cost would be less than lots of vehicles with expensive batteries. see: 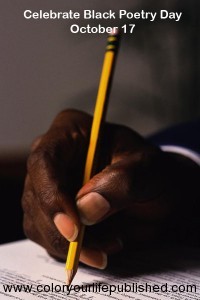 Black Poetry Day - i need some black poetry.preferably about missing someonefrom you or a good website? 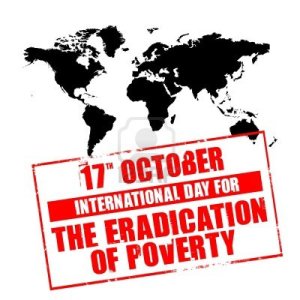 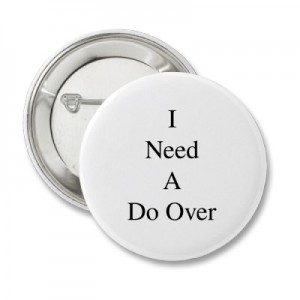 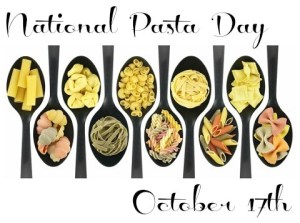 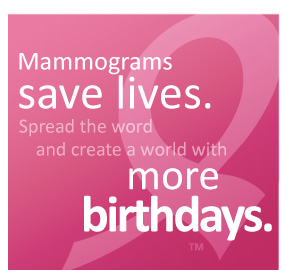 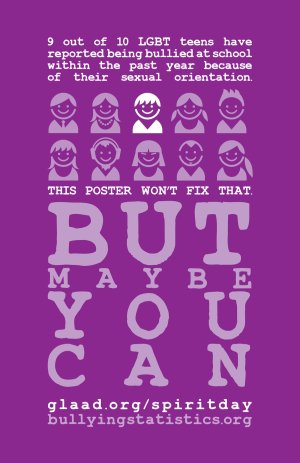 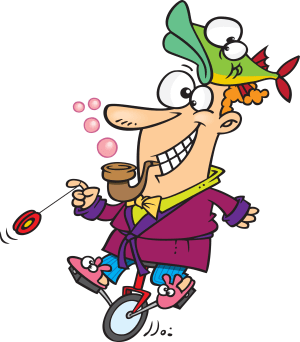 Wear Something Gaudy Day - What should I wear for Western wear Day? 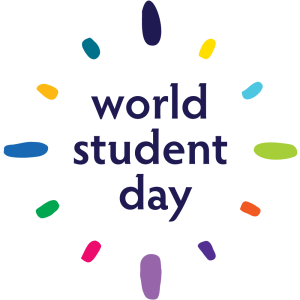 World Student Day - can i get my student uk visa on time within 2 days?