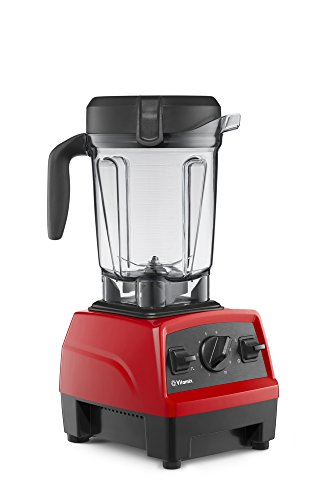 Tuesday, October 12, 2021 is Columbus Day 2021. Many countries in the New World and elsewhere celebrate the anniversary of Christopher Columbus' arrival in the Americas, which happened on October 12, 1492, as an official holiday. Many countries in the New World and elsewhere celebrate the anniversary of Christopher Columbus' arrival in the Americas, which happened on October 12, 1492, as an official holiday. The Columbus Day Storm of 1962 (also known as the Big Blow, and originally as Typhoon Freda) was a Pacific Northwest windstorm, that struck the West Coast of Canada and the Pacific Northwest coast of the United States on October 12, 1962. The storm ranks among the most intense to strike the region since at least 1948, likely since the January 9, 1880 "Great Gale" and snowstorm. Columbus Day commemorates the Italian navigator Christopher Columbus, who first landed in the New World on October 12, 1492. Throughout the nineteenth century, Italian-Americans organized celebrations in various cities to honor Columbus, and in 1905, Colorado became the first state to observe Columbus Day. In 1937, President Franklin Roosevelt proclaimed October 12 to be officially celebrated as Columbus Day. In 1971, President Richard Nixon declared it a federal public holiday, celebrated on the second Monday in October.

The traditional Columbus Day in the United States includes a parade down New York's Fifth Avenue. Parades and pageantry are often featured in smaller towns and cities. In recent years, the holiday has been rejected by many people who view it as a celebration of conquest and genocide. In its place, Indigenous Peoples Day is celebrated.

Many Latin American countries celebrate this day as Día de la Raza (Day of the Race). This day celebrates the Spanish heritage of the Latin American peoples and includes brightly colored fiestas.

For decades and decades, American history books and school teacher told that Columbus discovered America. What those books and teachings did not give credit to was the fact that Native Americans were already here first and truly discovered America. It also gave little mention to the fact that Nordic explorers had traveled down the eastern cost of Canada thousands of years earlier.

Today, Columbus day is celebrated for what it accurately is. Columbus did discover the existence of the New World for Europeans who until then, believed the world was flat and ended somewhere in the Atlantic. And, the focus is more upon discovery of the "New World", and less upon Columbus himself. "Columbus Day" is a "Holday" based upon nothing but Fiction. It's as much mythology and nonsense as Christmas actually being the day when "Jesus Was Born".

Columbus was not Italian, he was a Spanish Con Artist that posed as an italian.

Columbus was the last in a LONG list of peoples to have "Discovered America" in modern history. The Vikings colonized the Americas LONG before Columbus showed up.

No one thought the earth was flat.

No one should "Celebrate" Columbus Day. Why we celebrate columbus day?

We celebrate Columbus Day because some Americans believe that Columbus discovered that the world was really round and because some Americans think that Columbus dicovered North America, but Columbus didn't really do what most of us think he did. Columbus really didn't discover America or prove that the world was round, Vikings discovered America 500 years before Columbus supposedly did. Columbus was a stupid leader. He miscalculated the distance to Asia and landed in the Carribean Sea on some island he believed was Asia. The people he met were Taino, but he mistakenly called them Indians because he believed that he found Indies. And he only knew the world was round because he traveled west from Portugal to go to Asia without having to deal with the Italians and Muslims. And he died thinking that he was right about everything the whole time. Day of the Six Billion - Did God Create in Six Days or Billions of Years?