Public Radio Broadcasting Day 2023 is on Friday, January 13, 2023: what is radio broadcasting? 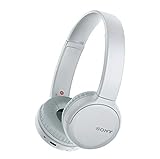 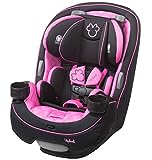 Radio is the theatre of the mind; a medium where the consumer supplies all the visuals in their head. In its strictest terms, radio broadcasting is a means of communicating between one point to a wide range of listeners over a diverse region.

In the old days, the only method of doing so was via Radio. Originally, radio was conceived as a point-to-point communication method. Back before the days of broadcasting, people delivered messages mostly by wire. There was the Morse code (named for Samuel B. Morse who invented it) that was transmitted over land lines from point-to-point as was the business of the telegraph companies. (See "Western Union" in an internet search for more on this.) Then an Italian by the name of (Guillermo) Marconi hit upon the idea of using radio waves (a relatively recently discovered phenomenon to send coded messages (like a telegram) without the use or wires. Wireless was born! (See the American Marconi Company in an internet search for more on Marconi.)

An American (by the name of Lee DeForrest was then responsible for taking the next step. DeForrest is (by all historical sources) a thoroughly unpleasant man who takes whatever he can find and tosses it together and applies for patent after patent. He hits one big with what he calls his "Audion" tube. The Audion is basically Marconi's invention with an additional piece that makes it more sensitive. It is now possible to use the tube to broadcast sound and not just dots and dashes.

DeForrest is a competent (more through tenacity than through talent) inventor even though he never truly understands why his invention works. It is up to Edwin Howard Armstrong (years later) to come along and improve on the Audion by adding a feedback loop to it that finally makes radio a powerful and profitable medium.

David Sarnoff, the last of the three names you need to know, is an immigrant to the US who, along with DeForrest and Armstrong makes Radio a success. The first two make it possible; Sarnoff finds a way to make it pay! And pay it does. Even though all the broadcasting at this time is AM (Amplitude Modulation), bigger things are in the tube! (Pun intended)

Sarnoff, after offering to set-up his employer (American Marconi - Remember Marconi?) with AM radio stations and being refused, sets up the Radio Corporation of America (RCA) who then found the National Broadcasting Company (NBC - and yes, the peacock was originally a radio broadcaster) and with one side of the company making radio sets and the other side pumping-out signals to be heard by the masses, Radio is a huge success. And RCA is taking it in from both ends. Charging advertisers to produce and sponsor programming, and then selling radios to people who want to listen. What a racket! (again, pun intended!)

Eventually, the technical limitations of AM broadcasting become evident; the quality is not very good, it is prone to atmospheric interference, and can be blocked by sufficiently massive structures or the magnetic fields around power lines. Again, it is Armstrong to the rescue. He develops a new method of propagating the signals involving the modulation of the frequency of the wav e rather than its amplitude. This is a huge improvement. There is, as Steely Dan puts it in the song FO, "No Static At All!"

Unfortunately, at this time, RCA is not interested in retooling its factories and FM will have to wait for years to become a profitable concern. Armstrong will spend the rest of his life in litigation against his old bosses at RCA trying to be paid for the work he has done and the patents they are infringing upon.

In the meanwhile DeForrest also has fallen from grace. He was, after all, something of a one-trick pony. He has given birth to the medium, but it has so far out stripped his expertise that he dies a forgotten has-been. He tries, repeatedly, publicity stunts to get his name back in the public eye but has been left firmly planted in the journals of obscurity.

Armstrong, DeForrest, and Sarnoff have all passed into obscurity but the babies they delivered into the world live on and far outshine anything their creators could have hoped for. Today there is radio communication in all corners of the globe. Broadcasters have permeated the landscape catering to every market they can find or develop. As was the case in Sarnoff's day, the broadcaster still sells to the advertiser the opportunity to deliver a message to the captive audience. They then spend the rest of their time trying to develop and build that audience. The more people hear the message, the more the broadcaster can charge for it.

I hope this has answered your question. Radio Broadcasting is a medium with a rich history and one that can be far more powerful than that of television. As one quote I can remember from a wonderful documentary put it. "Radio is better than television; the Pictures are better!" There is a wonderful documentary that PBS put out a few years back about Armstrong, DeForrest and Sarnoff: Empire of the Air. I highly recommend it if you can find it at the library.

Where did I get my information? Well, with a degree in Broadcast Production and another in Computer Science you would think I would have some basic knowledge of the industry. what are various types of radio programing that has evolved since 1930s? in each decade what was the public li?

In the early radio age, content typically included a balance of comedy, drama, news, music and sports reporting. Variety radio programs included the most famous Hollywood talent of the day. During the 1920s, radio focused on musical entertainment, the Grand Ole Opry, has been focused on broadcasting country music since it began in 1925. Radio soap operas began in the U.S. in 1930 with Painted Dreams. Laurdagsbarnetimen, a Norwegian children show, with its premiere in 1924 is still being broadcast weekly, which makes it the longest running radio show in the world. Are there any Radio Disney stations that play in Northern Indiana?

IN Complete list of radio stations in Indianapolis IN, including phone numbers and ...

I hope this helped you, and take care.