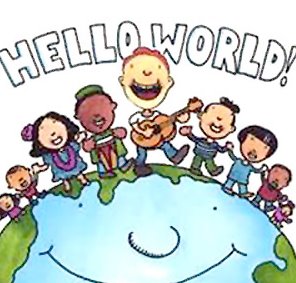 World Hello Day is a secular holiday observed annually on November 21, to express that conflicts should be resolved through communication rather than the use of force. 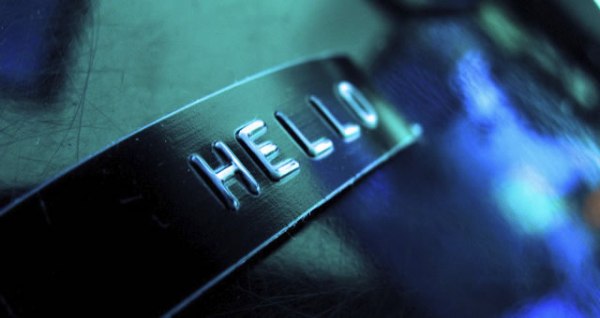 Hello Day encourages us to accept opportunty to merely greet people, and also to recognise how important simple communication is within our lives, as well as for peace between peoples.

The answer is "yes." One full day is the "minimum" you would need to finish one Disney World Theme Park. However--as an annual "January" visitor to the Walt Disney World Resort in Orlando myself, I would also recommend using the "Park Hopper" to "mop-up"--anything you may have missed during that full day. All transportation within the Walt Disney World resort is free, so it only makes sense.

These are my recommendations of time investment for the four major theme parks at the Walt Disney World Resort:

Remember--these are "full days"; opening to closing. You also might want to keep in mind, in case you're staying at an on-property Disney resort, that they often extend the hours for certain parks, on certain days--letting Disney resort guests (only) go in "earlier" or "stay later."

Again--because you're staying 8 days, be sure to look into the Park Hopper option. You'll not only save, per day, on your admission, but the hopping option will definitely maximize your chances of not missing anything during your stay.

I visit the WDW Resort every January myself to participate in the Marathon Weekend there--which usually occurs around the 2nd weekend. On that note--just keep in mind that traffic on the roads and within the theme parks can get a little "weird" until around Noon to 1 PM on the Saturday and Sunday (for the Half and Full Marathons respectively) because the runners run through the theme parks as part of the course.

Other than that... the crowds are definitely lighter, especially on the Weekdays than if you were to go there at the height of Spring or Summer.

The only thing about Central Florida weather during January is that it can be very "schizo." Always have a light jacket on you--even during the day. The evenings can get pretty cool as well, so have at least one pair of long pants/sweats in your luggage.

Rain is always a real possibility, so invest in some cheap/compact rain ponchos (which you can get at any drugstore or outdoors store) and stash it in your backpack; especially if there's a "chance" of showers (because it most likely will).

Monitor the weather forecast (on the television) for the day; the night before any outting. That way--the weather doesn't catch you by surprise.

Hope this helps, and enjoy your January trip--I always do!

The World Chess Championship is historically decided in matches, not tournaments. The reigning champion plays a match against a challenger, and if the challenger wins he becomes the new World Champion. A match of sufficient length is the best and traditional way to determine the stronger of two players; tournaments are sometimes necessary when there is no sitting world champion, but they reward riskier (unsound) play against weaker opponents in the field, and they are also susceptible to cheating if players in the tournament are in collusion to provide advantage to one player over another.

The current World Champion is Vishy Anand from India, and he will face challenger Veselin Topalov from Bulgaria in a match for the title in April of 1010. The details of these matches are agreed to in a contract between Champion and Challenger.

There is a lot of confusion about the World Chess Championship, so some historical background is in order:

* Chess matches have decided championships for hundreds of years, with the mantle passed from Champion to Challenger as it is with Boxing.

* In 1862, the recognized Champion, Paul Morphy from America, retired without relinquishing his "unofficial" title in a match. There were strong tournaments to determine a likely successor, but these successes only provided the candidates: Wilhelm Steinitz and Johannes Zukertort. These two played a match in 1886 and Steinitz was crowned the "official" champion.

* Alekhine died while still holding the title, which suddenly brought the world chess organization FIDE into the foreground. In 1948, FIDE organized a tournament to determine the new chess champion, and Botvinnik was crowned after winning the tournament.

* FIDE continued to organize Championship matches between sitting Champion and Challenger (determined through a series of Candidates matches).

* In 1975 the reigning champion, Bobby Fischer, forfeited his title over disputes with conditions for the match, and his Challenger, Karpov, was declared the 12th World Champion.

* Kasparov defeated Karpov, but decided to take on a Challenger, Nigel Short, outside the auspices of FIDE (which many people considered a corrupt organization). Kasparov beat Short and continued to beat Challengers outside of FIDE.

* FIDE in response started holding "Championship Tournaments" and call the winners of these championships the "World Champion." No one really took FIDE's long string of tin crowns seriously because Kasparov was still clearly the best player around, and was still nearly universally considered the World Champion.

* In 2000, Kramnik defeated Kasparov. He defended his title in 2004 against Peter Leko. When Kasparov then retired in 2005, suddenly there was a show of support for the FIDE titles with Kramnik called the "Classical World Champion" and the current FIDE titleholder Topalov called the "FIDE World Champion." Part of the argument of the pro-FIDE-title crowd was that Kramnik shouldn't have been the rightful challenger to Kasparov, and that he had gone too long without defending his title. Historically, many "rightful" challengers had failed to raise the necessary purse or fulfill other obligations for a match, and four years was not an unreasonable span before defending the title.

* In 2006, there was a unification match between Kramnik and Topalov, which Kramnik won. This match returned the real World Champion title to the auspices of FIDE.

* In 2007 there was a "Championship Tournament" under FIDE which had already been scheduled and where Kramnik had agreed to put his title on the line (this agreement was even before the 2006 match). Anand won the tournament, so he was effectively the new World Champion, but to put the matter to rest for those of us who think the mantle is only rightfully passed in a match, Anand also won a match with Kramnik in 2008 (which was also part of the agreement before the 2006 match, which is why Kramnik agreed to put his title on the line in the tournament -- if he had won the match, the tournament would have been but an historical hiccup).

A great resource on the World Championships is

Fantasy world building: What exactly do you need to know?

Do you know why story-verses such as the Naruto-verse and Potter-verse attract the most fan-fiction out there?

There are many reasons - but the foremost of these is how easy it is to write an awesomely unique story when you already have a brilliant, complete universe laid out before you. It's so complex that you need to search up its individual wiki to make sure you're getting things right. And it's oh so easy to spin stories out of these worlds. It's not a shallow story setting. There is so much untapped potential within the story-verses because they're so big. They're so deep. So real and complete.

This is why it isn't pointless to continue world-building after you already know the basics - enough to write the plot of a book. You don't just want a book. You want a universe that drags people over and makes them want to be in it. Exciting, delicious, spell-binding.

(I don't know why I said 'delicious'. I've been attaching that descriptor to everything lately)

In short, if you can end up feeling like you're self-fanfiction-ing when you write, good for you, your writing life must be awesome.

I seriously can't give you better advice than this:

It has 30 steps in its world-building and I doubt you can get any more detailed than that (you can be all like 'I am god, I created my world in 30 days.' Doesn't have the same ring as 7, but good enough).

If you are completely serious about your world building (which I know you are) - then persevere through it. Treat it like an extended version of one of our random y!a writer quiz things that we used to post up regularly before admin/trolls decided they were delete-worthy and made B&A an empty ghost void of death and melancholic 'cn u plz edit mai storey' submissions. Okay it's not that bad. Moving on.

You might feel like some things are pointless while you do it, but you'll realize later on how descriptive and alive these random facts make your world. It really is the seemingly pointless details, names, colours, thoughts and nuances that flesh out a story in a different world. I might be contradicting myself but, by all means - take what you need and reject what you don't. While it's great if you can get through the whole thing in order, you might find some parts of it more pressing than others. Sometimes your story will have progressed to a spot where it specifically needs one aspect. Do those first - that Magical world builder is just a guideline there to ask you the right question and set the ball rolling.

Now that you have world-building under your belt, I think you could also do a few other exercises to get to know your world and the people in it. Bring one of their people to our world - write down all the things they would misunderstand/not be able to comprehend/fall over on/laugh at/find crazy/destroy accidentally...etc. Call it a reaction-profile or something like that. Maybe you have several races/types of people/types of characters. Our real world is a great place to throw them (Gee, and here are all the rest of us trying to think of fantastical places to throw our real world characters...). You could chose a different world if you wish. Write crossover fan-fiction of yourself. No one will ever read it (or will they?), no one will say 'Dear Rachel, thank you for making your character interact with Harry Potter in a past life, it made him/her so much more real/interesting/funny' but it's worth it I reckon. There isn't a deadline for your story (unless it's calling to you, then don't delay - nothing is so important that you should delay serious inspiration for it) - so it's not a problem if you take your time.

I do think however, that it isn't a problem for you to continue writing your story while you world build. You don't have to stick it on hiatus to get your world down. Keep writing, flesh out details later when you know more about your world - it'll be easy. This way you are also less likely to feel like an unproductive doofus - which is how I often feel when I am world-building instead of story-spinning.

Happy writing, I hope it is fulfilling and wonderful for you :) 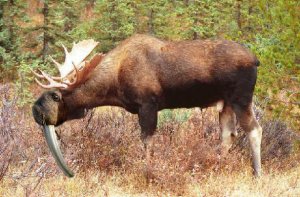 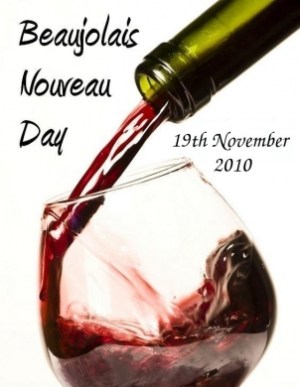 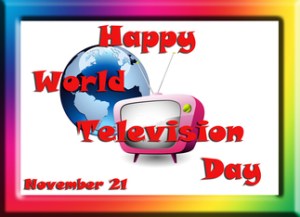