You're better off limiting the area you try to cover so that you can spend more time actually seeing things rather than in transit from place to place. With 10 days in Italy, for example, you could spend 4 days in Rome, three in Florence and three in Venice. This would give you time to get pretty good coverage in each of those places and take a day trip from each. For example, from Rome you could take the train to Tivoli (Villa d'Este & Villa Adriana), Orvieto, Pompeii or Capri. From Florence, you could see Pisa & Lucca (same day), Siena, San Gimignano or Arezzo. From Venice, you could go to Verona, Treviso, Padova or Ferrara.

If you want to see multiple countries choose places relatively close together like Prague and Berlin or Amsterdam, Brussels and Paris, etc. I lived in Italy the last 13 years and traveled most weekends and holidays. It's really hard to go wrong no matter where you choose to go in Europe as long as you don't overextend yourself and end up spending all your time on trains/planes/buses.

Here are some resources that can help you plan and check options and current prices for your trip (expect prices in the future to rise):

- airfares & hotels; the explore function is useful for finding the less expensive places to fly into from your starting point.

- particularly good for budget flights within Europe, but you can also use everywhere as a destination to do something like the explore option on Kayak. You may not need the airfares, but you can compare to the cost of the trains to get around. this one may be more useful for you.

- a great train site with details about railpasses. It can be cheaper to buy individual tickets than passes. This site will tell you how to determine whether you're better off with a railpass or individual tickets or some combination for your trip. It also details how to use the pass and what to avoid to get the best use out of a pass. Most high speed, international and night trains require reservations and will require you to pay a supplement when you use a railpass. You need to be aware that a railpass is almost always more expensive for trains here in some places like Italy and Spain.

- hotels/B&Bs - prices for the same hotel can vary hugely depending on the season and what local events are going on.

You can also look into camping or couch surfing as cheaper alternatives for accommodations.

For sightseeing prices: check the websites for entrance fees for the museums & galleries you're interested in. I spend anywhere between nothing and 40 euro a day depending on exactly what I go to see when out exploring. For food, I spend around 25 to 50 euro for a meal, but you can eat for less. A pizza is 8 to 13 euro and a panino or wrap is around 3 to 6.50 euro in many places. You can often get food at festivals at a relatively low price. You can also shop in the markets and put some meals together for yourselves.When I travel, I like to try the local specialties and the good restaurants. 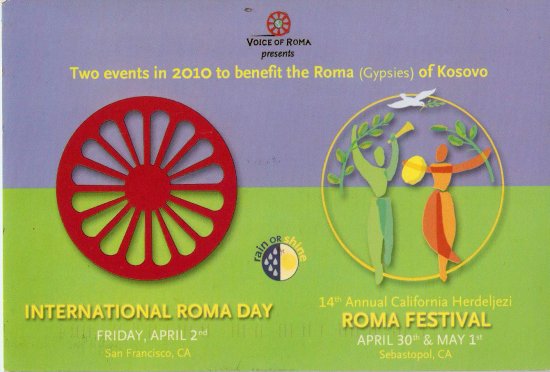 Hotels and Locals in ROMA?

The most famous hotel here in Rome is the Hotel Hassler Roma, but unless you are very rich, I think it is too expensive.

As central 5* hotels I suggest:

In the center there are not so many international Hotels, and the prices are quite high.

Sometimes ago my parents stayed at the StarHotel Metropole. It's a very good 4*, and I suggest it.

Otherwise you can go to the Fiume Hotel, near to Porta Pia (1 km from Termini station). It is a 3* superior, but it is a very good hotel.

Many businessman go there. It is clean an well located but it does not have pool or massage service, that's why it is not a 5*.

If you want to meet people and find interesting locals and pubs you can go in the evening to:

In the afternoon you find many people at Spain Steps 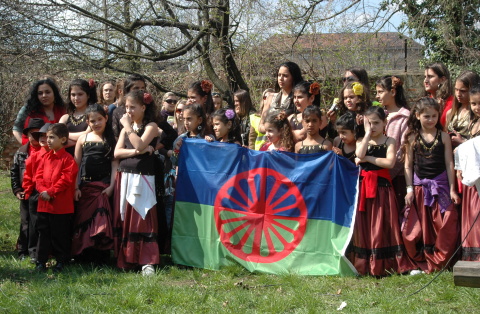 what is the is the origin of Roma people?

Because recorded history of the Roma prior to their first documented appearances in Europe in the early 15th century is non-existent, there has been much debate as to their origins and early migration. Based on linguistic evidence (the similarity of the Romany language to Hindi, Panjabi, and related languages of Northern India) and anthropological evidence (body habitus and ABO blood group distributions closely approximating those of the warrior classes of northern India), there is now a clear consensus of opinion that the modern day Roma of the Middle East, Europe, Asia, and the Americas originated in Northwestern India. There is also a general consensus regarding the approximate timing of their emigration, or at least the bulk of it if you believe in more than one wave of emigration - ie in the 11th century.

The route(s) and even the number(s) of emigrations is less well agreed upon, although this, too, is becoming clearer. Some allude to at least several waves of emigration from northern India. There is a persistent believe that several migrations took place between the 10th and 13th centuries, with the first potential migration identified going back to the 5th century. Often quoted and perpetuated is the story of the receipt by Persian monarch, Behram Gour, of 12,000 musicians (called Zott, arabicized from Jatt - ancestors of the modern Persian Luris or Lulis) from an Indian king. This story is reported in both Pott's introduction quoting Firdousi, and confirmed by Arabian historian Hamsa of Isfahan. This story is attractive to many because even to this day the Roma are perhaps best known for their music and dance. Others point to a major wave of emigration taking place at the time of Muslim invasions of Northern India in the early 800's. Several further invasions during the 10th to 13th centuries resulted in subsequent emigrations.

The most recent evidence, some of which is not yet published, will suggest a mixed population (warriors and their "camps") leaving Northern India in the 11th century in retreat from the advance of Islam. In particular,Mahmud of Ghazni conducted a series of raids over the first 25 to 30 years of the century. Linguistic evidence points to a northerly exodus through the upper Indus Valley. After crossing the Himalayas, it is likely that they followed the Silk Road west to the southern shores of the Caspian Sea, up along the west coast to the foothills of the Caucasus range, through Armenia and into the Byzantime Empire. This proposed route of migration is based on the numbers and types of words in Romani - Persian, Armenian, and Greek.

Since that time, their history is one of attempts at banishment, forced assimilation, persecution, deportation, slavery, and attempted extermination. As recently as the 1930's and 1940's the Nazis of the Third Reich imprisoned and murdered on the order of 500,000 Roma. They continue to be victims of persecution, especially in the eastern European countries of the former "soviet block"

The Romani language is of Indo-Aryan origin and has many spoken dialects, but the root language is ancient Punjabi, or Hindi. The spoken Romani language is varied, but all dialects contain some common words in use by all Roma. Based on language, Roma are divided into three populations. They are the Domari of the Middle East and Eastern Europe (the Dom), the Lomarvren of Central Europe (the Lom), and the Romani of Western Europe (the Rom). There is no universal written Romani language in use by all Roma. However, the codification of a constructed, standardized dialect is currently in progress by members of the Linguistic Commission of the International Romani Union.

There are four Rom "tribes", or nations (natsiya), of Roma: the Kalderash, the Machavaya, the Lovari, and the Churari. Other groups include the Romanichal, the Gitanoes (Calé), the Sinti, the Rudari, the Manush, the Boyash, the Ungaritza, the Luri, the Bashaldé, the Romungro, and the Xoraxai. The first European descriptions of the Roma upon their entering Europe emphasized their dark skin and black hair. Through integration with Europeans over the centuries, Roma today can also be found with light skin and hair. 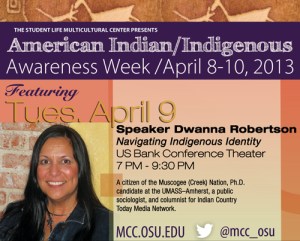 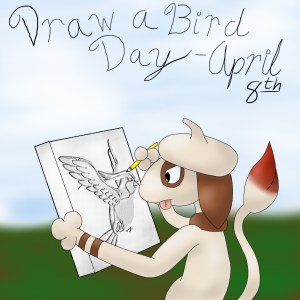 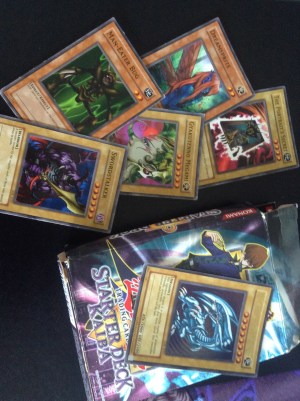 Trading Cards For Grown-ups Day - How much is this card worth? 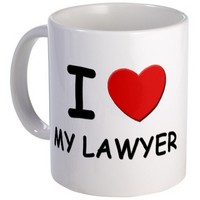 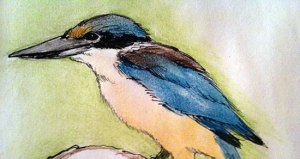 Draw a Picture of a Bird Day - drawing pictures of living things haram? 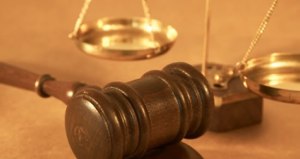