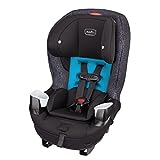 Is anyone else upset that breast cancer is the only publicized awareness month?

Breast cancer awareness and Breast Cancer Awareness Month are not high profile because of celebrity deaths, but for a much simpler reason - sheer hard work.

Breast cancer awareness campaigns and BC Awareness Month started as a campaign by ordinary women, many of them with cancer, to raise awareness so that people knew the symptoms, examined themselves regularly, attended their routine mammograms etc. Enthusiastic participation and hard work by women made it grow into something nationally, then internationally, recognised (and then big business cashed in).

I agree that awareness needs to be raised about other cancers too.and while I hate 'competitive illness' I can see why there is resentment about an imbalance in awareness raising and fund raising. I too have had family members suffer from other cancers - lung, testicular, stomach and cervical cancers and leukaemia, all but one of them dying of their cancers.

Now, I've had breast cancer and I personally very much dislike BC Awareness Month - or Pink October as the more cynical of us call it.

Support for those with a deadly disease that kills on average 33 women a day in the UK and 112 a day in the US (the only stats I have, I'm not being ethnocentric) has been turned into a marketing opportunity by big business, with around 1% of the cost of specially made pink stuff going to breast cancer charities, the rest into the retailers’ pockets.

The pink fluffy stuff infuriates me, and I'm not at all 'tickled pink' by Asda's (Walmart's) trivialisation of an illness that may yet kill me. October magazines carry stories from cheerful survivors who claim to have the all-clear (there is no all-clear with breast cancer), and often say bc has changed their lives for the better - very different from anybody I know who's had breast cancer.

And it has negative consequences for breast cancer patients too - I believe that the whole thing is counter-productive, that the marketing and fund-raising hype surrounding breast cancer, by trivialising a deadly disease, is leading people to believe, wrongly, that breast cancer is 1) not very serious, certainly not as serious as many other cancers (many women with breast cancer have been told - by people who don't have it - that it's a 'good' cancer to get) and 2) easily curable.

I've even heard it said that it's a ‘fashionable’ or 'sexy' cancer - my sexy prosthesis and sexy scarred, one-breasted body are evidence that it's no such thing.

In all the pink trivia, it's easy for people to lose sight of the fact that breast cancer is a devastating illness with disfiguring surgery, grueling treatments and so far no cure.

I don't wear a pink ribbon and as someone in remission from breast cancer I support the Think Before You Pink and Pink Stinks! campaigns, both started by women with breast cancer

BUT it does annoy me a little when people complain about the attention breast cancer receives in comparison to other cancers. The solution is not less attention for breast cancer, but more attention for other cancers - and there is nothing to stop any group of people starting a campaign along the lines of the one started ny those women who started all the breast cancer awareness. They'd have to be as dedicated and prepared to work as hard though.