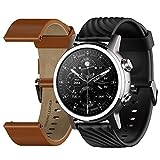 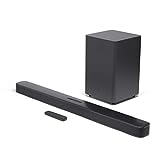 National Food Security Bill, 2010 gives legal right to every Below Poverty Line family in India to get 25 kgs of wheat or rice per month at the rate of Rs 3 per kg.

The central government shall allocate required quantity of wheat and/or rice from the central pool to state governments under Targeted PDS for distribution to identified BPL families through the Fair Price Shops.

The Bill has been passed by the Parliament in June 2011.

National Advisory Council, under the Chairmanship of Smt. Sonia Gandhi was instrumental in drafting and getting this Bill passed .

This bill is a Landmark in the history of the Independent India, which guarantees legal right of food to every family below Poverty Line.

when and how to feed rice cereal?

Secondly there is no need for rice cereal. Solid are for fun and learning. There is nothing fun or teaching about rice cereal. It has NO flavour, NO texture and is not very nutritious. Plus breastmilk/formula is pure carbs the last thing a baby needs is more carbs. Veggies and fruits are much better first foods. And meats are far more important than grains. Whole grains are much better than that alleged rice cereal, have you read what is in it?

Health experts and breastfeeding experts agree that it's best to wait until your baby is around six months old before offering solid foods. There has been a large amount of research on this in the recent past, and most health organizations have updated their recommendations to agree with current research. Unfortunately, many health care providers are not up to date in what they're telling parents, and many, many books are not up to date.

US Department of Health & Human Services

If solids are started before a baby's system is ready to handle them, they are poorly digested and may cause unpleasant reactions (digestive upset, gas, constipation, etc.). Protein digestion is incomplete in infancy. Gastric acid and pepsin are secreted at birth and increase toward adult values over the following 3 to 4 months. The pancreatic enzyme amylase does not reach adequate levels for digestion of starches until around 6 months, and carbohydrate enzymes such as maltase, isomaltase, and sucrase do not reach adult levels until around 7 months. Young infants also have low levels of lipase and bile salts, so fat digestion does not reach adult levels until 6-9 months.

It is well documented that prolonged exclusive breastfeeding results in a lower incidence of food allergies (see Allergy References and Risks of Artificial Feeding). From birth until somewhere between four and six months of age, babies possess what is often referred to as an "open gut." This means that the spaces between the cells of the small intestines will readily allow intact macromolecules, including whole proteins and pathogens, to pass directly into the bloodstream.This is great for your breastfed baby as it allows beneficial antibodies in breastmilk to pass more directly into baby's bloodstream, but it also means that large proteins from other foods (which may predispose baby to allergies) and disease-causing pathogens can pass right through, too. During baby's first 4-6 months, while the gut is still "open," antibodies (sIgA) from breastmilk coat baby's digestive tract and provide passive immunity, reducing the likelihood of illness and allergic reactions before gut closure occurs. Baby starts producing these antibodies on his own at around 6 months, and gut closure should have occurred by this time also. See How Breast Milk Protects Newborns and The Case for the Virgin Gut for more on this subject.

The introduction of iron supplements and iron-fortified foods, particularly during the first six months, reduces the efficiency of baby's iron absorption. Healthy, full-term infants who are breastfed exclusively for periods of 6-9 months have been shown to maintain normal hemoglobin values and normal iron stores. In one study (Pisacane, 1995), the researchers concluded that babies who were exclusively breastfed for 7 months (and were not give iron supplements or iron-fortified cereals) had significantly higher hemoglobin levels at one year than breastfed babies who received solid foods earlier than seven months. The researchers found no cases of anemia within the first year in babies breastfed exclusively for seven months and concluded that breastfeeding exclusively for seven months reduces the risk of anemia. See Is Iron-Supplementation Necessary? for more information.

The early introduction of solids is associated with increased body fat and weight in childhood. (for example, see Wilson 1998, von Kries 1999, Kalies 2005)

What do the experts say?

Health experts and breastfeeding experts agree that it's best to wait until your baby is around six months old before offering solid foods. The American Academy of Pediatrics, the World Health Organization, and many other health organizations recommend that babies be exclusively breastfed (no cereal, juice or other foods) for the first 6 months of life. Some doctors may recommend delaying solids for the first year if there is a family history of allergies. I'm not going into the many health benefits of delaying solids here; see Why Delay Solids? for more information.

Developmental signs that baby is ready for solids

Solids readiness depends on both the maturity of baby’s digestive tract and baby’s developmental readiness for solids. Although the maturity of baby’s digestive system is not something that we can readily observe, research indicates that 6 months appears to be ideal for avoiding the allergies and other health risks of too-early solids. After this point, different babies are ready for solids at different times -- developmental readiness for solids cannot be determined using a calendar. Most babies are developmentally ready for solids somewhere between 6 and 8 months.

Signs that indicate baby is developmentally ready for solids include:

Baby can sit up well without support.

Baby has lost the tongue-thrust reflex and does not automatically push solids out of his mouth with his tongue.

Baby is ready and willing to chew.

Baby is developing a “pincer” grasp, where he picks up food or other objects between thumb and forefinger. Using the fingers and scraping the food into the palm of the hand (palmar grasp) does not substitute for pincer grasp development.

Baby is eager to participate in mealtime and may try to grab food and put it in his mouth.

Babies who start solids later can feed themselves and are not as likely to have allergic reactions to foods. Take rice cereal, for example. Under conventional American wisdom, it's the best first food. But Butte says iron-rich meat — often one of the last foods American parents introduce — would be a better choice.

Dr. David Ludwig of Children's Hospital Boston, a specialist in pediatric nutrition, says some studies suggest rice and other highly processed grain cereals actually could be among the worst foods for infants.

"These foods are in a certain sense no different from adding sugar to formula. They digest very rapidly in the body into sugar, raising blood sugar and insulin levels" and could contribute to later health problems, including obesity, he says.

Meat provides additional protein, zinc, B-vitamins, and other nutrients which may be in short supply when the decrease in breast milk occurs. A recent study from Sweden suggests that when infants are given substantial amounts of cereal, it may lead to low concentrations of zinc and reduced calcium absorption (Persson 1998). Dr. Nancy Krebs has shared preliminary results from a large infant growth study suggesting that breastfed infants who received pureed or strained meat as a primary weaning food beginning at four to five months, grow at a slightly faster rate. Dr. Krebs' premise is that inadequate protein or zinc from complementary foods may limit the growth of some breastfed infants during the weaning period. Both protein and zinc levels were consistently higher in the diets of the infants who received meat (Krebs 1998). Thus the custom of providing large amounts of cereal products and excluding meat products before seven months of age may not meet the nutritional needs of all breastfed i National Wilderness Month - is it legal to live in the wilderness for a month if your in a national park? Fall Hat Month - my hair is falling and its so weak i want to make it tall? Library Card Sign-up Month - Can I sign up for a library card for my 8 month old or is it too early?Whats the earliest?