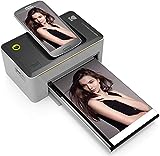 The Head and Neck Cancer Alliance (HNCA) is a non-profit organization that works with health professionals and organizations, celebrities and survivors to enhance the overall effort in prevention, treatment, and detection of cancers of the head and neck region. Can HPV be transmitted through oral sex?

Research is just learning more about oral sex and oral cancers. There is a chance that you have acquired the virus.

HPV can be transmitted through hand to genital sex play.

The tests are Vizilite and Velscope

More information on oral cancer and the link with HPV

Here is a recent article on oral sex and the HPV link...it advocates male children getting the vaccine

Oral sex can get most men's attention. The topic becomes considerably more relevant, however, when coupled with a new study linking the human papillomavirus (HPV) to an increased risk of a kind of oral cancer more often seen in men.

The study, which appears in this week's New England Journal of Medicine (NEJM), shows that men and women who reported having six or more oral-sex partners during their lifetime had a nearly ninefold increased risk of developing cancer of the tonsils or at the base of the tongue. Of the 300 study participants, those infected with HPV were also 32 times more likely to develop this type of oral cancer than those who did not have the virus. These findings dwarf the increased risk of developing this so-called oropharyngeal cancer associated with the two major risk factors: smoking (3 times greater) or drinking (2.5 times greater). HPV infection drives cancerous growth, as it is widely understood to do in the cervix. But unlike cervical cancer, this type of oral cancer is more prevalent in men.

HPV is ubiquitous. Of the 120 strains isolated from humans — about 40 of which are in the mouth and genital tracts — Merck's recently FDA-approved vaccine, Gardasil, protects against four: HPV-6 and HPV-11, which cause warts; and HPV-16 and HPV-18, which cause about 70% of cervical cancers. Similarly, according to the study, HPV-16 was present in 72 of the 100 cancer patients enrolled in the study. Between 12,000 and 15,000 new cases of oropharyngeal cancer are diagnosed each year, and about 3,000 people die from it. "It is a significant health issue," says Dr. Robert Haddad, clinical director of the Head and Neck Oncology Program at the Dana-Farber Cancer Institute. Haddad says that public awareness of the HPV virus needs to be just like that of HIV because the virus causes multiple types of cancer.

In his practice, Haddad has seen an increase in the number of younger people developing this cancer, people in their 30s and 40s. He attributes it in part to a "change in sexual behavior over the last decade." He says: "The idea that oral sex is risk-free is not correct. It comes with significant risks, and developing cancer is one of them."

Gardasil has become a vaccine rock star, but vaccines to fight HPV are still in their infancy. Another study in this week's NEJM points out that while the preventative vaccine works 98% of the time to protect girls not yet infected with HPV-16 and HPV-18, the vaccine is only 17% effective against cancer precursors overall. These findings could undercut the argument ensuing in more than 15 states to make the vaccine mandatory for young girls.

Gardasil and some vaccines in clinical trial are preventative, but drug companies such as MGI Pharma are studying therapeutic vaccines to treat those already infected with the virus. "We need to come up with better vaccines — and we need to study them in men," says Haddad. Gardasil has not been tested against oral HPV, but Dr. Douglas Lowy, laboratory chief at the National Cancer Institute, says that there is every reason to think that, in principle, "the vaccine should be able to have an impact on oral cancers attributable to HPV." Lowy says that the next studies might start with a look at the rate of acquisition of oral HPV in those who are vaccinated and those who aren't.

"There's no question that the debate needs to go further than where it is now," says Haddad. "Men are carriers and that is one way of transmitting this virus."