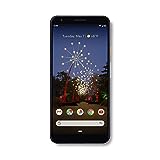 I don't think so.

I don't like Legacy. I'm not sure who's benefited the most from Legacy because I feel that the stable hasn't been helping anyone.

No offense to any fans who love Legacy, but in my opinion the stable is horrible. The stable is uncoordinated and unorganized. The stable doesn't give off the imposing presence of a stable and it mostly feels like a bunch of superstars mixed up together. Legacy has so far been uninteresting and it hasn't been truly benefiting anyone. It's mostly been the same promos from them and we haven't seen anything extraordinary out of them.

Randy Orton is just being a coward when in 2007-2008, he was a good heel who played his role better, but now he is a coward and he can't play the role of a coward with his look. We see Legacy constantly interfering in the same way repeatedly. Randy Orton just doesn't fit the role of a coward because he fits more of the venomous snake that he was in 2007. I guess it has benefited the most for Randy Orton because Legacy helps him win the WWE championship and has helped turn Orton into a bigger heel.

Ted and Cody haven't really benefited either because they're just jobbing to major main eventers like Triple H and Batista. These two are just lackeys who only help Orton and job to superstars. It gets them spotlight but they haven't done anything significant in their own careers. Ted and Cody facing off against DX helped raise credibility for Ted and Cody though. That's why I feel Ted and Cody are better alone and go in singles competition or become a tag team and help revive the tag team division. They looked best when they were feuding with DX out of Legacy.

Evolution had Batista as their enforcer, but Legacy has no one and they just constantly run away and do the same usual promos every week. Cody and Ted should actually look credible, but they haven't really accomplished anything. I don't see how this stable even compares with some of the greatest stables in history such as Four Horseman, Evolution, nWo, and many others. I can't see what makes Legacy truly stand out from other great stables.

BQ: Kurt Angle changes his mind quite rapidly at times. He said he wouldn't mind working for Vince the first time, but now he says he will never work for Vince McMahon again. I don't see why Kurt Angle would leave TNA to go to WWE because TNA is giving him an enormous push. Kurt Angle is getting everything he wants right now because Jeff Jarrett isn't part of creative and has been taken off programming. Kurt Angle is the world champion and the Main Event Mafia is running rampage over TNA. Kurt Angle wouldn't receive as much benefits if he joins the WWE because TNA is centered around him. Its Total Nonstop Angle on TNA and why would Kurt throw all that away? He might return to the WWE, but it seems unlikely in my opinion. Brodeur is famous for slow starts. he has a losing record in October in his career, a high goals against average, and October is the month in which he has his fewest shutouts. This year is no different and is slightly behind last year, and ahead of the year before.

He has always been better at home than on the road (and to date, he's only had one home game - and it came against the best team in hockey). The team still has to adapt to Sutter's system and it will.

Contrary to your post, Sutter's style is nowhere near a wide offensive game. Like his GM, he is a Defence first coach and the proof is red Deer constantly finishing in the top 3 in defence in the WHL and his team's performance at the World Juniors (twice leading the tournament in Defence).

His style is a balanced transition style reminiscent of Al Arbour and Scotty Bowman. The team will eventually settle down and the defence will be there. Sadly, I think the offensive part of the balance transition is still lacking, but I still have the Devils in the playoffs, and Marty with 35+ wins.

Every year I read an article in October/November about how Marty's career is done.....and he does his job to perfection.

National Catfish Month - August is the ONLY calender month without a MAJOR holiday: Why has it never been claimed for any Golf Month - Golfing Practice and 2 Months to do it?