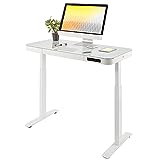 Most officers who are commissioned via ROTC are reserve or national guard officers - very few are offered the full ride active duty scholarship. Once you are commissioned you would have to attend officer basic course for your branch training and then you would report to your unit for the 1 weekend a month as well as 2 weeks of annual training per year. If you are in a deployment cycle the year prior to deploying you would have a 3 week annual training and some extra drill dates. Start searching now. November is National Scholarship Month, thus most are starting to accept scholarship applications now and if you wait too long, you may miss out. 16 months ago, I was in your exact position, and now, I'm in the position of which you are going for. So let me explain what has gone on in my life in the last year that's both changed me for the better, and made me a better person.

Joining the military probably won't help you get INTO college, but it will definitely help you out WITH your college. Every university is different as far as military sponsorship and support, but mine happens to be one of the most supportive. The school I'm going to has a Service to Country scholarship that covers 15 credits/school expenses. Being in the National Guard, I get a $356/month GI Bill (which is guaranteed, across all branches, and does not vary no matter what. If you're going to college and went through AIT, you get the GI Bill) and of course, drill pay which is around $220 as a private. The Guard also provides $4,500 of tuition assistance per fiscal year. I'm also in the ROTC program here, which provides a book stipend for each term, $1,300 for housing, and a stipend starting at $300/month. I'm pretty much getting PAID to go to college at this point.

If you join the military, there's always a chance you'll be deployed. But a common misconception is that you DO NOT HAVE TO JOIN A COMBAT SPECIALTY. There are plenty of low-grade specialty jobs that *might* have some risk (even a diesel fueler can get attacked by random chance, you know) but if you play your cards right, and are willing to travel (which I will cover later) then even if you get deployed, you have a low chance of seeing combat. Me? I'm a 19k tank crewman. I can't WAIT to see combat. But everyone's different.

If you don't want to fight and don't want to die, please, for the sake of all service members, DO NOT SHOW OFF YOU'RE IN THE MILITARY. People pay deep respects to all service members for either having served their country, having died in combat, or being willing to do so. If you're not willing to sacrifice yourself for the greater good, you had better keep yourself on the down-low. And if you don't, just know that you flat out don't deserve the attention.

Just so you know, I'm not 100% sure if the above statement is completely correct. It is my understanding but don't take my word for it, I'm just sharing what I know.

If they don't want you to join, then you can't join. That is, until you turn 18. You should listen to your parents, but explain that being in the Guard is both the safest, AND most reasonable choice because at least you get to knock out college while you're also playing Army once a month. Alas, my parents supported me completely so I don't know what to say here, frankly.

What I said before about where you drill....you need to realize that there are several drilling stations all over the state. I drive tanks in one county, but my Battalion Headquarters are in a different county altogether, and Alpha company is almost on the other side of the state. That being said, if you REALLY want a certain MOS, you need to be willing to drive across the state to get the training each month. Also remember, your recruiters at each armory are going to be recruiting for what their company has available. Doesn't make them evil, it's just their job. Find out what it is you want to do, figure out where you need to go, and talk to the recruiter there. Oh and there's a chance they'll be full ;) Just so you know.